Snowboarding and its styles fall into the category of the most extreme sports. Such types as backcountry sliding, snowkiting, jibbing, and slopestyle are challenging for everyone who rides the snowboard. Indeed, hitting the slopes on a board at 100+ miles per hour is risky. Jumping off the snow trampolines and flipping in the air is as dangerous as spectacular.

The apex of risk and snow takes place in the professional winter sport. This is a special world where riders set records and capture gold for their fearlessness and skills. People love fascinating events and sportsmen love feeling an adrenaline rush and enjoying the recognition. And now we shall describe the high-risk activities and their lovers in particular.

Who Are Extreme Boarders?

Extreme borders are passionate individuals. They put their hobby and career to the first place. Snowboarding is a lifestyle for them. And they do their best to be the top athletes. They maximize their potential through constant training and practicing.

And of course, they prefer risky styles of riding the snowboard. They love the untouched snow and wild terrains. They get excited with big and high halfpipes, long rails and huge springboards in the terrain parks. They thirst for fast slope-style course tracks. They know all the ropes and truly love their sport. 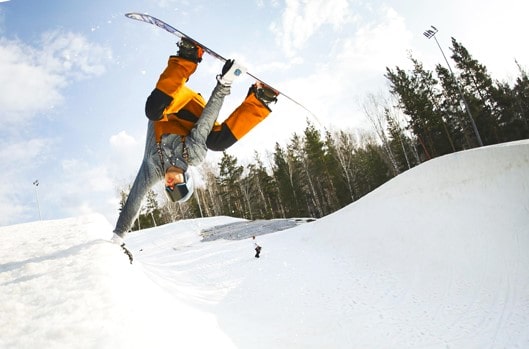 This kind of snowboarding means sliding down the course track organized with various obstacles. Rails, springboards and other tools are set along the course.

History of This Sport

This sport appeared as an Olympic discipline quite recently, in 2014. Its roots, however, trace back to the middle of the 20th century, when snowboarders started performing tricks on the snow. Then it transformed into competitions in the late 90s and 2000s.

The idea was to arrange a contest where the freestylers could show what they actually can do with their boards. Gradually, the course tracks were featured with more obstacles.

The criteria for judgment include the difficulty of the route and the quality and diversity of performed tricks. The athletes have to execute jumps and flips with a good eye-touching form. The 9 judges examine how smooth was the landing or how fast the rider spun in the air. Also, new tricks are highly appreciated and add to the total score of the particular sportsman. Therefore, this snow is truly art.

Jibbing is the activity that involves executing fascinating tricks in the park area of a winter resort. It belongs to freestyle snowboarding. The jumps over the objects and rides on the top of those obstacles. The terrain park is a specific area of the resort filled with the facilities for tricks. The boarders, however, may use any surface. Some extreme riders jib on natural objects like logs, tree branches, and bowlers. Some individuals even slide on country houses with triangle-shaped roofs. 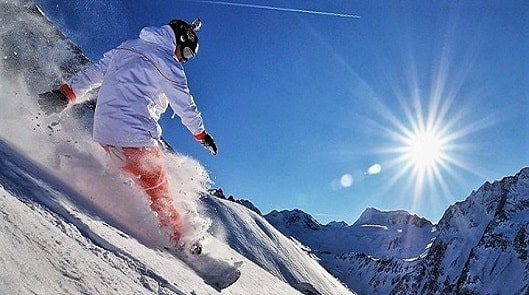 The people, who came up with the decision to jump over the objects and slide on their edges, were inspired by skating. And the terrain parks actually accommodate the same facilities. All the rails, halfpipes, boxes and ramps are pretty similar to those in skateparks. The first ever jibbing area was built in 1990 in the USA. Nowadays, some winter resorts contain exclusively facilities for this snowboarding variation.

There are several areas within the park. Each of them accommodates facilities constructed by the degree difficulty for the riders. For instance, winter resorts have the “progression” zone for newbies. If you just stepped on a board and want to learn basic tricks, these small outfits are what you need. And there are also middle and high-level constructions for experienced riders. Types of obstacles in the parks include jibs and jumps. The first ones are rails, boxes, sometimes logs, trees, and rainbows.

Rails are long metal formations with a flat or rounded surface. Boxes have the same design but a wider surface. Rainbows are the same constructions but have a bow-like shape. Jumps are springboards made of hard snow. Their height varies from 30 to 100 feet. The halfpipes are the constructions with two decks with incline transitions and the flat bottom. In snowboarding, these constructions are also made of stiff snow and reach length from 164 to 328 feet.

This snowboarding variation involves using a kite for longer and higher jumps. The kite captures air flows and thus pulls the rider forward. It is smaller than a parachute and cannot lift the sportsman but creates enough force for linear acceleration. Snowboarders compete in speed races and jumps. With a kite, you can literarily glide downhill and uphill across the mountains. To be fair, this sport is incredibly risky and requires appropriate training.

When Did It Start?

Snowkiting appeared in 1960-70s as the experiments of Dieter Strasilla, a German inventor. He worked on the creation of a glider for winter sports. His kite prototypes formed a basis for further development of the sport. In the beginning, these gliders were used by skiers. And later, snowboarders picked this idea as well. With the creation of foil kites, the riders enhanced their capabilities drastically. This glider created more force serving as a wing of an airplane, allowing the kiters to gain speed higher than 100 kilometers per hour.

Snowkiting is actually windsurfing translated onto the snow. Technically, everything is pretty similar. But be ready to face balance problems. Since you hold the kite with both hands, it is a bit harder to keep stable on the snow. And the pulling force adds to it. To prevent this issue, the snowkiters use reverse-camber snowboards. 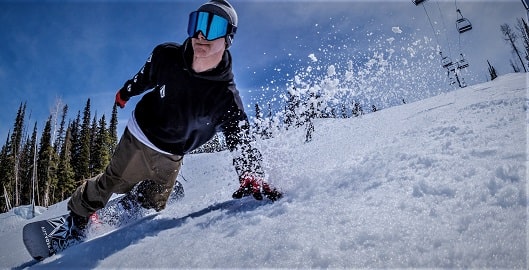 Backcountry snowboarders prefer hitting the slopes somewhere in wild places, beyond civilization. This snowboarding style is often called freeride. Virgin mountains, sharp cliffs, and untouched snow seem magnificent to freeriders. They maneuver amongst trees, slide downhill slopes with fresh, powder-like snow and enjoy their lives. Since there is no means of transport in these areas, you will struggle to get to the top of the mountain. You will have to either hike or call a helicopter.

The first ever snowboarders were actually freeriders. The inventor of a snowboard, Sherman Poppen, created the very first prototype which was designed for fresh powder. And another reason for that was an offensive attitude from skiers. Snowboarders were not allowed to visit winter resorts. And the only place they could enjoy their sports at was backcountry.

Backcountry snowboarding is the most extreme and risky among all the styles. The main danger in case of freeriding is weather conditions and the environment. The surface is untested and thus there can be pits filled with snow. An individual can fall into the deep snow and struggle to escape. The worst scenario is when an individual falls into the powder head first. There is a high risk of suffocation. Another danger is an avalanche.

Any professional sport involves certain risks. None of the Olympic disciplines are completely safe. And snowboarding is not an exception. Professionals know what they do, and they understand the risks. They prepare for each event, plan the route, use proper equipment, etc. But even mastery and planning do not protect them from unexpected situations like sudden avalanches.

It does not matter what snowboarding style you choose, you should think of your safety first. When you go backcountry, do not rush, approach thoughtfully. When you learn to perform tricks, start from the very small features and simple movements. And think twice even when you are 100% confident about that stiff slope or 50 feet springboard.