Snowboarding video games comprise the genre of the computer games which simulate snowboarding experience. The beginning of the XXI century was the peak of their popularity. Most of them were released for gaming platforms such as PlayStation, Nintendo, Wii etc. 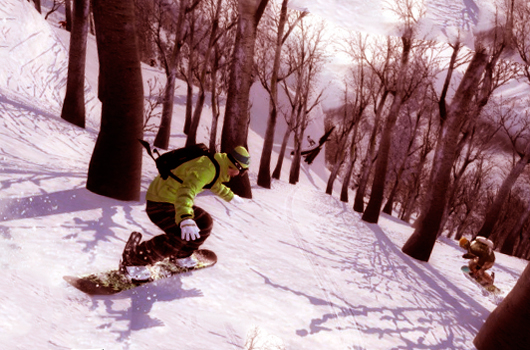 This one is the fifth in the SSX series. Your ultimate goal in this game is to win the races, participate in competitions and conquer the three peaks of the mountain. There is much content to unlock as well. There is a detailed animation alongside with the atmospheric environment which translates you into the real world of snowboarding.

The game is developed by EA and released in 2007. The snowboarding fans can enjoy it on the Wii platform. There is a multiplayer for up to 4 gamers.

You are to hit the slopes holding Wii Remote and Nunchuk controllers in your hands. While performing tricks in the air, you should move the Wii Remote in the direction you want. The game is good itself, but some may find the control system a little bit tricky.

Sometimes it seems that your character moves completely randomly in the air regardless of how you shake the controller. But fortunately, this refers only to the tricks. 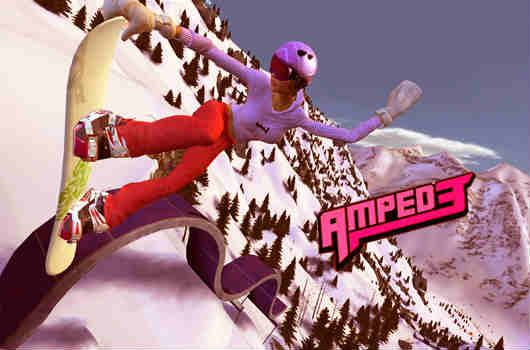 The third game in the Amped series is definitely worth playing. It is a kind of surreal snowboarding experience. Firstly, your in-game name is “Player 1” despite the fact that you enter the name of your character at the beginning. Further, there will be more weird things concerning the plot.

You start sitting in the chairlift with your friends. And you are in a pink rabbit suit (with a ridiculous physiognomy) at that moment. Somebody steals your vacation money and you need to earn the sum again. You need to complete races and perform risky tricks.

Alongside that, you face villain game designer, a snow goddess, a music band, which broadcast subliminal messages and many more. In the end, a comet hits Earth and eliminates everything.

Cutscenes are the standalone masterpiece of the motion picture. Being filmed with very different techniques, they will make an unforgettable impression.

The game won the GameSpot’s Most Outrageous Game award in 2005. According to the website, the music accompaniment, the story and the main character are just perfect.

Developed by Indi Built, this game was created exclusively for Xbox 360. There is no online mode, unfortunately. It is quite old since was finished in 2005. For its time, it has decent graphics.

Unlike the previous two games in the series, the third one offers quite easy gameplay. The controls are sensitive enough and can forgive you a bunch of mistakes. And this makes the playthrough a relaxing deal. In addition, sledding competitions can bring a special delight. 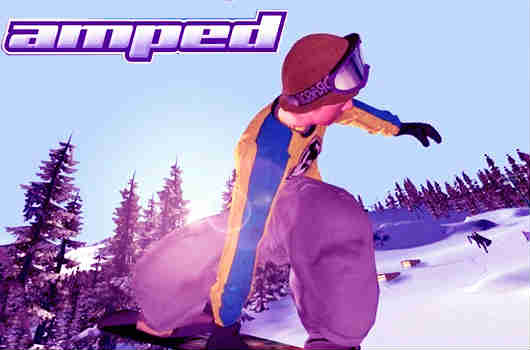 It is the very first game in the Amped series. Unlike the existing snowboarding titles of that time, this one focuses primarily on tricks. Another peculiarity is graphics. First of all, the action takes place at the resorts modeled after the real ones.

Besides that, the locations are incredibly spacious and fully loaded. Thus, you can see the scenery details at the farthest point. Also, there are 150 soundtracks offered. You can create your own melodies using the editor.

You can play through the single player alone or have fun with friends via the multiplayer. The game was firstly released in the US in 2001 and then in 2002 in Europe. The Indie Built studio brought the game into being exclusively for the Xbox platform.

The gameplay involves completing various races. Impress the snowboarding sponsors with fascinating tricks, unlock new equipment and explore the world. You can customize your character as well. On the other hand, the control system may be difficult to get used to. 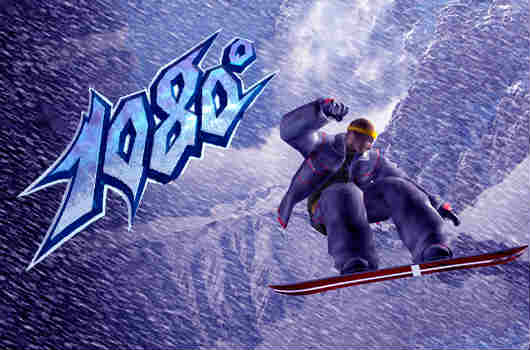 The game was one of the leading snowboarding titles. It is a sequel to 1080⁰. Unlike other snowboarding titles, this one focuses on various races, leaving the tricks behind. This amusement gives a wonderful sense of speed while hitting the slopes.

The development was finished by the American Nintendo studio. The final release was brought into being in two versions. The two-disc version contained the second DVD with the in-game music and the visuals of risky daredevil snowboarding performance.

It was released by Japanese Nintendo game studio for their console in 2003-2004. Besides the single-player career mode, the game features multiplayer.

The goal of most aces is to get to the finish as fast as possible. Also, you are to outrun the havoc of the avalanche at the final stages of the match races. There is also a relatively simple trick system. It features common flips and spins in the air. You can perform them easily. 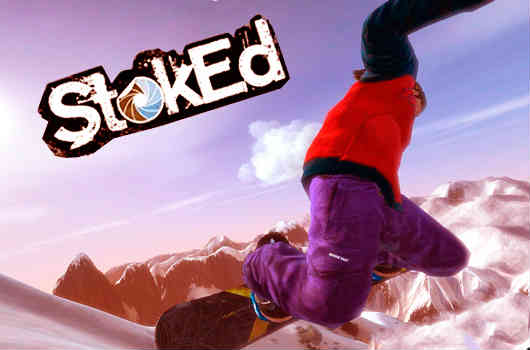 Stoked is an exciting game which will never make you feel bored. There is a constant flow of challenges and rewards. In the beginning, you will adjust the sex and appearance of your rider. The amusement will please you with detailed graphics, great animation, and dynamic weather conditions.

The Big Air Edition DLC adds more content and delight. This version has two additional mountains, the terrain park location and many more.

The game was released by the Austrian Bongfish GmbH in 2009. It is available on the Xbox console and Microsoft Windows. There is a convenient multiplayer option.

You do not need to quit the single player, adjust the connection and wait for the session. Just accept your friend’s in-game invitation and compete. You can play with up to 7 people.

The game has an open world system within the Freeplay mode. While hitting the slopes, you will not follow the particular plot. Your actual goal is to explore the world, collect points and earn fame.

The action takes place in 5 mountains. You can choose among these locations right at the beginning. You will be delivered there by a helicopter. In addition, you can collect enough points and obtain the helicopter license and get more travel freedom. 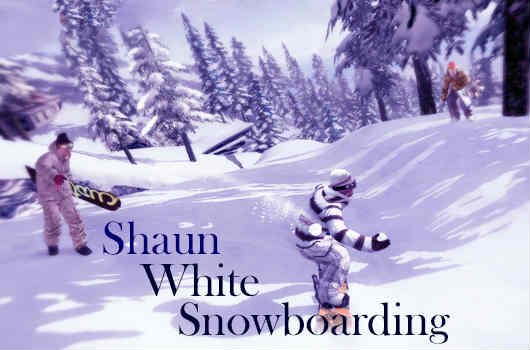 Like Stoked, this title has an open world environment with numerous events and competitions available. You can customize your character and gain special abilities while completing the single player mode.

It was very well received and became the bestseller title of 2008. Wii edition was especially adorable among snowboarding fans. The amusement also has a reach soundtrack pack which includes 43 songs.

The coders, who made this game, worked for Ubisoft. It appeared in 2008 for almost all the existing platforms. You can enjoy it on PlayStation 2, 3; PlayStation Portable; Nintendo DS; Wii; Xbox 360; Windows and Mac OS. It features the real multiplayer which can rival with some MMORPGs. You can compete with up to 16 players at once.

In the game, you will be exploring 6 mountains. They are modeled according to the real world locations. Each Mount has three locations to play at. They include the peak, the off-piste terrain area, and the freestyle park.

The controls will not challenge you. Overall, it will give you the pleasant satisfaction of a big air jump and flawless landing. The abilities the character can master include, for example, speed boosts or extreme durability.