What is a perfect snowboarding season? It is a cheerful company of best friends and family members. It is a spacious winter resort with bars, restaurants, all kinds of winter amusements, terrain parks, pistes, and more. It is winter sports gear and best snowboard equipment. However, the winter holiday would be less fun without a perfect music list for hitting the slopes. Here is the list of inspiring energetic, upbeat songs for the best winter sports season ever.

“Addicted to a Memory” – Zedd

Released in 2015 within the True Colors album by Zedd, the song is perfect for hitting the slopes with friends. A charming piano intro awakens an image of the spectacular mountain scenery, so fresh and pure, far away from the city hustle. The Bahari band sweet vocals combined with electro beats will inspire you to put on a GoPro and record a fantastic snowboarding POV video.

“Pretty lights” is a stage name of Derek Smith, an American electronic music producer. He has been making wonderful music since 2004. His song, “Around The Block”, brings real action. The thick composition and energetic tempo are what we all need for shredding the hard snow somewhere in the backcountry. 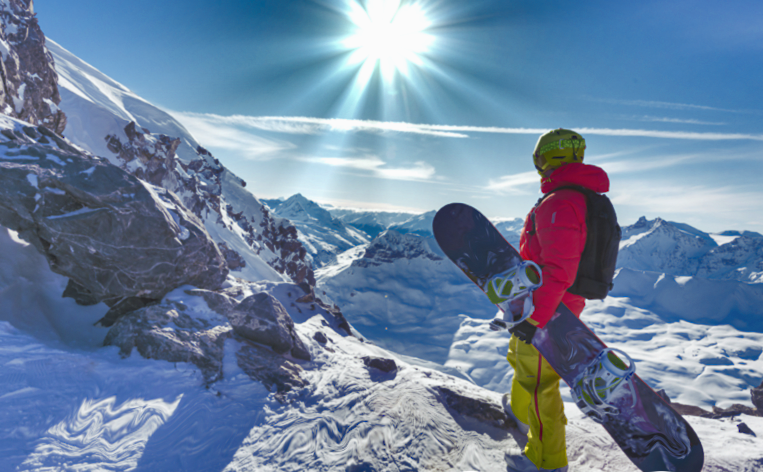 “Blue Sky Action” – Above & Beyond

The Above & Beyond music band was formed back in 2000, when electronic music was growing in popularity. The “Blue Sky Action” composition featuring Alex Vargas is indeed perfect for snowboarding — the sun that melts clouds away, and the person who wants to get rid of the smoky town. He directs his eyes to the sky. A pretty common situation when you are high in the mountains and the sky is as close as never before.

Porter Robinson is an American musician and singer. And he feels the real mood of the chilling synth wave. His Grammy Award proves it. “Divinity” featuring Amy Millan is a peaceful, relaxing composition. Having minimum words, the melody says it all. It is an ideal composition for beholding the breathtaking sunsets over the burning cliffs and hills.

“Do Or Die”, a song written by English electronic dance music producer Flux Pavilion (Joshua Steele), is a well-composed mix of synth dynamic beats and a strong hip-hop tone. It is just the very thing for snowboarding in the terrain park with friends.

Adventure Club is a Canadian EDM band. Originally, they began with hardcore pop-punk and later devoted themselves to electronic music. “Fade” is just the thing for backcountry snowboarding. Really, the hustle of the terrain parks sometimes drives people crazy and we all want to seclude ourselves from the crowd. For a snowboarder that is the untouched fresh snow. The composition has a tranquil tone and it should definitely be in the music list for such moments. All the tension will fade away and transform into freedom. 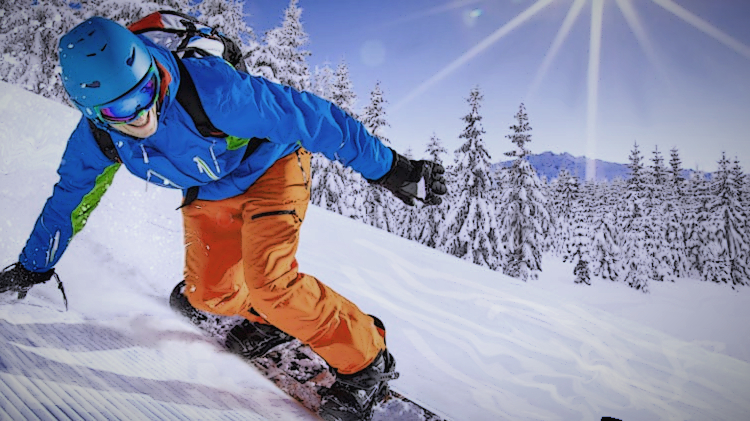 Goldroom (Josh Legg) has been in the music industry since 2007. He is into deep house, electro, and trop house genres. “Fifteen” revolves around the life of the very cheerful and easy-going teens. You can always feel like you are fifteen when you enjoy the slopes — smiling, laughing and living the exact moment of delight.

“Fire on the Mountain” — Grateful Dead

The Grateful Dead, an American rock band, was on the stage from 1965 to 1995. The musicians were mentioned in the Rolling Stone issue in the list of the greatest artists of all time. “Fire on the Mountain” was recorded back in 1978. It is a fusion of many genres including rock, country, folk, and blues. The texture of the composition is thin and light with electronic instrumental tones. It is definitely a good track for carving on the sun-drenched snow.

Galantis is an electronic music band from Sweden. They released “Runaway” as the primary single for their album “Pharmacy”. The debut piece was released in 2015. “Runaway” has become the most recognized song by Galantis. Its fast-paced, bouncing tone with sudden breakdowns and build-ups perfectly fits the way we perform air stunts.

“Slide” by Calvin Harris, released in 2017, brings a special dancing rhythm. With a tranquil intro evolving into fast beats accompanied by a soft, discreet rap, this composition helps to declutter your mind and relax your body. It triggers a carefree, meditative mood which is perfect for peaceful lazy sliding on the snow.

“The Fire” by Puppet is an inspiring piece of music just for making stunning tricks in the air. The song is for those who really want to be on fire. Put on the headphones and burn the energy-releasing composition. Strong male vocals and fast electro beats will quickly bring a lot of chills to every snowboarder.

“Too Young For Tragedy” – GriZ

“Too Young For Tragedy” by GriZ, an American electro music producer, does not require any words to inspire you. It is another meditative composition, a mixture of tranquil electro and refreshing dubstep beats. It is something you need to go deep into the realm of a soul recovery meditation when you are high in the mountains.

The already mentioned Above & Beyond presents “We are All We Need”. The composition has a little melancholic prolonged intro, fast beast, energetic electro instrumental tones and marvelous vocals. Featuring incredible Zoe Johnston, this song will be a good addition to your relaxing part of the snowboarding music list.

Madeon, a French DJ and electro music producer, released the “You’re On” composition in 2014. The composition has very light music despite the thick texture. A perfect combination of sweet vocals, piano instrumental and synth style will add to the charming atmosphere of easiness high in the mountains.

The song does not require lyrics to touch the soul of a snowboarder. A masterfully composed structure brings pure delight to the ear. A title of this chilling synth wave composition fits snowboarding experience as nothing else. Personally, I have always been associating “Zephyr” with the fresh snow so tempting to carve it with a fast sharp board.