We love watching snowboarders performing amazing tricks in the air or on the snow. And we love sliding down the mountain slopes. It is a fantastic feeling of speed and freedom. But, in fact, sometimes it all ends with the appearance of furious avalanche or a pit filled by snow. Snowboarding experience may turn out into survival or death. Winter sports, enveloped by sunshine and glittering whiteness, are in fact risky.

And here are the possible risks:

Do not underestimate nature and mountains especially. Unfortunately, many honorable sportsmen, even being incredibly reasonable, wise and skillful, did not withstand the destructive power of mountains. And it is high time to pay respect to them. 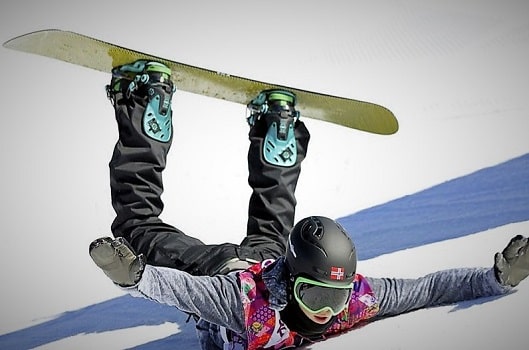 Ellie Soutter was an incredible British snowboarder. Her first snowboarding experience was in her early childhood. The young promising athlete started competing at the professional level in 2016. And 2017 was the winning year for her and Great Britain since her medal was the only one at that moment.

Ellie was expected to bring more medals in future competitions, particularly at the Beijing Winter Olympics, which is planned to take place in 2022. Everyone expected Ellie to make sports history and set records. She was very demanding to herself as well and tried to do her best all the times.

But she committed suicide on 25 July 2018 in the forestland near her vacation house in France. Her father said that the stress of professional sports contributed to her death. A burden of responsibility turned to be unbearable to her. However, the true reasons will never be revealed.

Emily Watts Buried in a Mound of Snow

The tragic accident happened in 2012. Emily Watts, a skilled snowboarder, got stuck in the snowdrift. Emily spent around 45 minutes totally buried under the 70cm snow layer. That happened within the territory of Chamonix, the French winter resort. She could have been saved, but the place of her fall was quite far from the middle of the course track. In other words, she got stuck on the roadside.

And because of elevations of ground and deep snow nobody could notice her for so long. She got cardiac arrest because of suffocation, crashing cold and stress. The rescue team arrived too late and the athlete could not regain consciousness in the hospital. The medical staff made a decision to withdraw the life-supporting appliance on 13 December 2012. 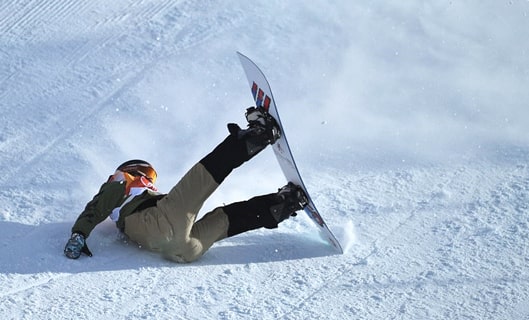 History of Kevin Pearce is an example of superhuman strength of will and persistence. He rose after the unimaginable fall. That was in 2009. He crushed on a halfpipe while training a trick called double cork. This complicated maneuver involves sideways rotation in the air. He failed to land having crushed his head against the transition of the halfpipe.

The severe brain injury led to a coma and then long rehabilitation. Kevin had to learn how to move, eat and speak. But he did not give up and came back to the sport of his whole life. The athlete founded a LoveYourBrain campaign aimed to help those who suffered brain injuries.

This is a fatal story of the young man who passes away too early. Robert Miles was a student. He just began to live and use the endless opportunities in this wonderful world. Till the tragic December 2014. Colorado is a perfect place for snow sports.

But it was not such a place for the young snowboarder that day. According to the police reports, he crashed into the tree near the course track of the Colorado winter resort. Unfortunately, he was sliding alone, and the patrollers started searching for him too late. 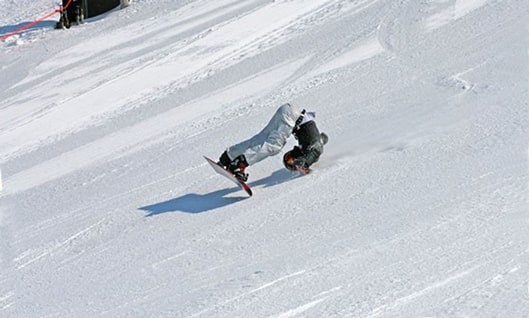 Matthew Robinson, an Australian snowboarder, competed in Paralympic division. His passion and talent brought him glory and recognition. He competed mostly in IPC Alpine Skiing World Cup. The athlete was winning gold, silver and bronze medals for several years in this event. But one day can interrupt everything.

Having ridden at IPC World Cup in Spain in 2014, he fell and injured his neck and spine. Eight days later, while traveling to Australia in the ambulance dock, he died from a cardiac arrest. Australian teammates honored the memory of Matthew Robinson by wearing black armbands at the Opening Ceremony during Winter Paralympics of 2014.

The accident took place on a halfpipe. A Japanese athlete Yuto Totsuka was performing the air tricks on his board but made an unsuccessful landing. The fall was harsh, and he seemed to break every single limb. But, thank heaven, the snowboarder got minimal damage. Now he is okay and preparing for the forthcoming Olympic Games. The guy is only 16. The promising future is waiting for him.