More and more new and futuristic gadgets become a part of our daily life. Let us assume, for instance, Immersive technologies. A couple of decades ago, you could find such devices only in science fiction movies.

But now, when you search for something like Google Glasses on the Internet, there are various items at reasonable prices in online stores. Moreover, the virtual and augmented reality gadgets are now actively used in sports. The most promising fields are speed events, such as snowboarding and skiing.

It is not only the possibility for the sportsmen equipment modernization, but also a field for further research and invention development. But sometimes VR and AR is pretty the same thing in the minds of some people. These two techs have similarities, though being different concepts. What is the difference between these two relatively modern technologies? Let us define it.

Check the Difference Between 2 Realities

So, virtual reality makes you think you are someone else. As for the equipment, there are headsets including a display, stereo sound earphones and the tracking system which captures your body movements. A headset isolates your vision in the way you can only see what happens on the screen.

Therefore, there is a complete immersion into the artificially generated digital environment. The purpose of all the stuff is to isolate you from the real world. This can be applicable to video games, movies, and simulators. 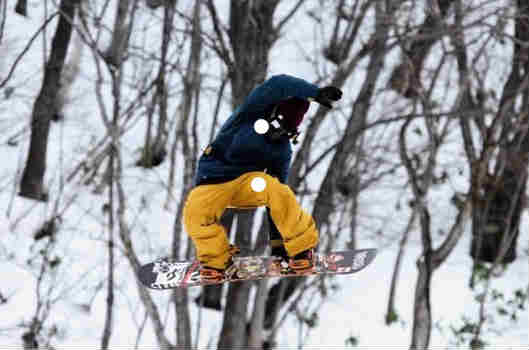 AR does completely opposite function. It is aimed to add to your vision. The idea is to generate holograms and display them as though they existed in the real world. An example of such tech is

Pokemon Go, an application on your smartphone. Besides the entertainment industry, there are lots of augmented reality goggles and glasses used to ease life. They show important data on the display and, generally, serve as hands-free minicomputers.

VR and AR in Snowboarders Training

Recent Olympic Games in South Korea have shown the perspectives of developing VR and AR devices. The organizers took care of the show, setting a bunch of 4k cameras across the slopes. The camcorders broadcast the most captivating moments of the sport events in 360 degrees.

The viewers could behold the skiers and snowboarders being virtually right on the cotton-white tracks. This brought the streaming to the entirely new level. What is about snowboarders? In what way do sportsmen use immersive technologies? They use it mainly during training. They find them incredibly useful.

With the help of VR headset, for instance, snowboarders can train passing difficult route sections of the upcoming competitions. And they can do that in the specified premise instead of cold, windy and snowy slopes in the mountains. This approach saves time and makes the whole workout secure. There is no risk of injuring or hypothermia.

What do they exactly do? They play a simulator. It allows a rider to visit the course as many times as he or she wants. It is the best way to learn the route with all its turnings and plantings of a forest. In addition, the virtual reality devices help injured riders step back into the ranks.

Explore the Slopes with AR Goggles

Goggles with interactive holographic interface have finally become a reality. RideOn, the new AR headset for winter sportsmen has been introduced. It looks like snow goggles, but has indispensable features for snowboarders. It can warn you against dangerous slopes, track your pathway and show nearest locations.  The see-through display allows you to slide through the holograms like in video games. 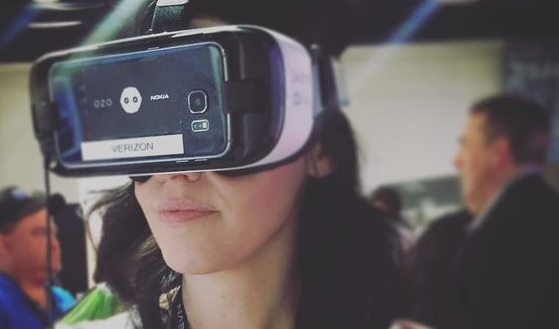 Key features of the device:

Further development of VR and AR systems will bring the winter sports to a new level. The snowboarders, as well as skiers, will never get lost while riding. Their performance will be incredibly enhanced worldwide. The sportive events will be translated from the rider’s POV bringing viewers the unbelievable memories.

However, the technologies have to be drastically improved. Virtual and augmented reality tech has to overcome the sickness issue after a long-duration use of the virtual reality headset. A lot of viewers can start suffering from a headache, nausea, sweating, and vomiting. It happens due to two main factors. The first is latency.  Our brain can detect the smallest delay between the action and response.

This is an irritator which causes the above-mentioned symptoms. Newest prototypes claim to have near zero latency. The second challenge is acoustic propagation. Current prototypes struggle to deliver appropriate sound design. They cannot generate fully spherical sounding. If the immersive technologies overcome these challenges, they will become far more widespread in sports.